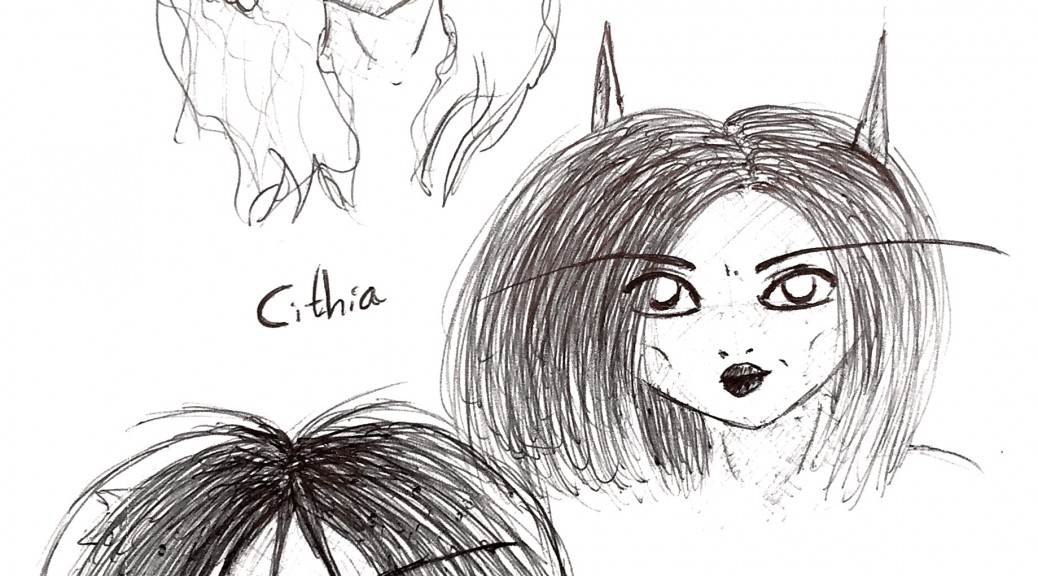 This is my night elf character from World of Warcraft. She is a rather timid character, with a blue haystack of a hair. Below is all the different sketches and the final one. 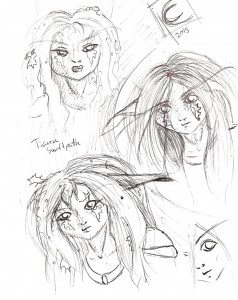 The first three were mostly experiments with eyes and expression. The one in the top left corner is very far from what I wanted but was a means of getting started. The low ears and the lip style were settled in the middle right one. 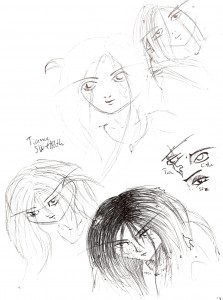 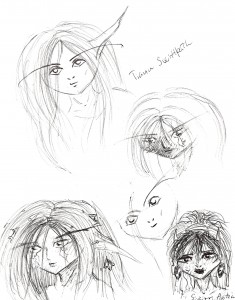 Hair and expression and a little comparison to Sizirri and Cithia’s eyes.  (Other characters)

The final sketch for now. Tianu on the buttom, my brother’s char in the middle and my troll Sizirri on the top.

Materials: Ballpoint pen and paper.
The sketches are scanned with a phone app, which makes them a little bleak.